The Obuasi Fire tender accident recorded on June 6, 2022, has resulted in the death of a young firefighter, the Ghana National Fire Service has announced.

Some officers who were responding to a distress call got involved in an accident.

Five of them sustained serious injuries and were rushed to the hospital for medical attention.

A statement issued by the Service has revealed that one of the five has passed on.

The Service extended its condolences to the bereaved family and the Obuasi Municipal Fire Command where the officer worked. 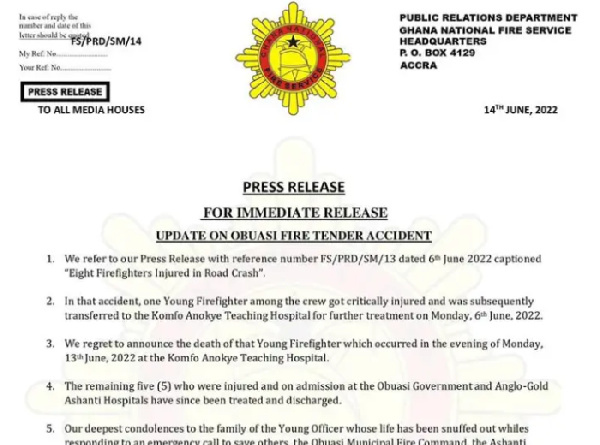 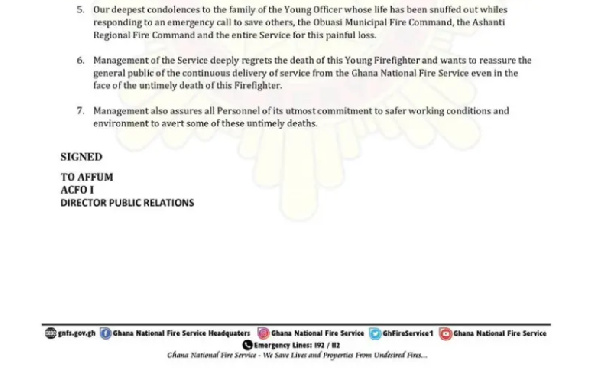